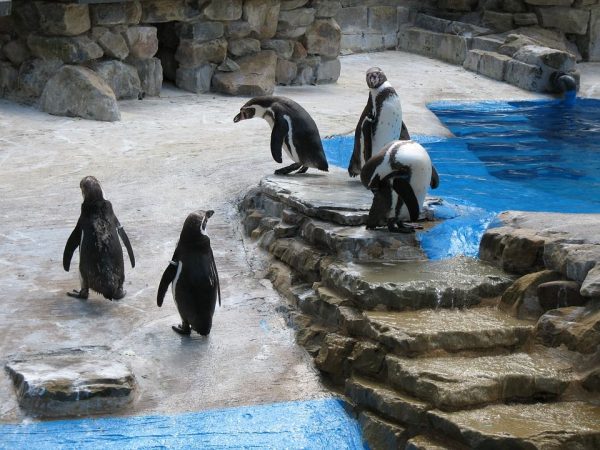 Congratulations on choosing Year 12 Biology for your 2018 studies! During Step-Up week we will be starting an introduction to the course by looking at the following aspects:

Our first practical experiment will be investigating osmosis using a de-shelled chicken egg as a model for the cell membrane. Learn more about the structure of cell membranes and how substances move across this membrane here. 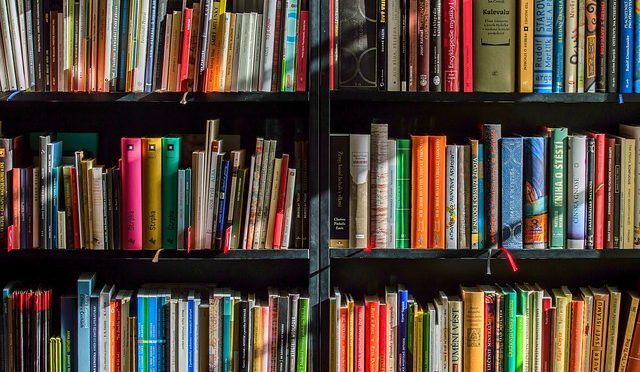 Before your final VCE Biology class, we will be revising the following concepts: 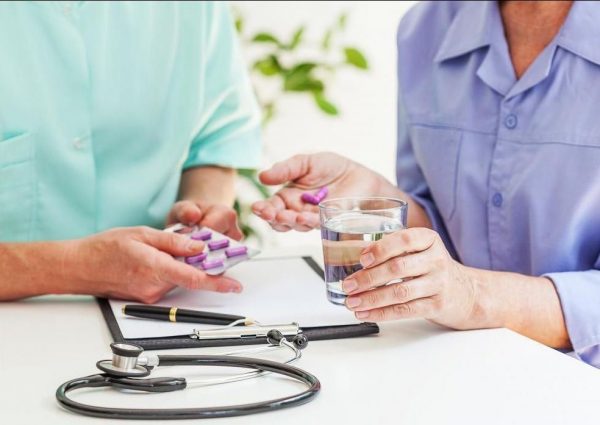 The last few concepts we need to cover this term, before exam revision, are as follows:

The Gene Technology Access Centre have some great new resources, including an online course titled “Outbreak – strategies to deal with a new infectious disease”. This course may take up to three hours, but you can save your work and return to it. You will investigate the emergence of a new infectious disease within a city. You will assume the role of an epidemiologist and use predicitive modelling to predict the spread of the disease and the effectiveness of control measures. You will use models and animations to understand diagnostic kits, PCR, gel electrophoresis and ELISA (Enzyme-linked Immunosorbent Assay)

Rational Drug Design is another online course developed by GTAC that I would like you to complete. You will follow in the footsteps of an Australian team of scientists who applied the process of Rational Drug Design to discover a new drug (marketed as Relenza) to treat influenza infections.

Influenza vaccines prevent or mitigate infections. They are designed to induce a protective immune response in the body against the viruses represented in the vaccine. When vaccinated, the immune system of the body produces a specific response, consisting of specific T cells and specific antibodies that fight off the infection when exposure to the virus occurs at a later stage. More importantly, vaccination also leads to the induction of a specific immunological memory against the viruses represented in the vaccine. Upon contact with the virus at a later stage, the immune system is able to mount a specific response much more rapidly than the non-primed immune system.

Antivirals are drugs that can treat people who have already been infected by a virus. They also can be used to prevent or limit infection when given before or shortly after exposure, before illness occurs. A key difference is that the antiviral drug is effective only when administered within a certain time frame before or after exposure and is effective during the time that the drug is being administered. 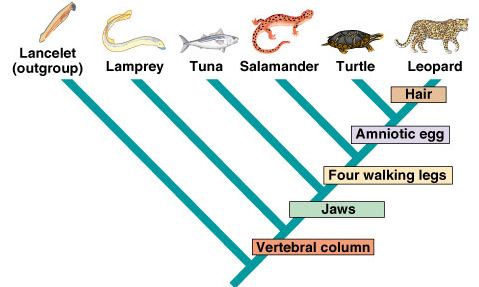 Unfortunately I will be unable to take some classes this week, due to commitments inside and out of the school. During Period 5 on Tuesday I would like you to continue with reading and answering the review questions for Chapter 11. Please make sure you understand all the key terms and definitions for this chapter by studying the Quizlet for this Chapter 11 – Determining relatedness between species. The chapter review questions for Chapter 11 are due by Friday 18th August.

Outcome 1: Analyse evidence for evolutionary change, explain how relatedness between species is determined, and elaborate on the consequences of biological change in human evolution.

Assessment: A report using primary or secondary data. The assessment task may be written or multi-modal. (approximately 50 minutes or not exceeding 1000 words)

You will be using resources from the Australian Museum – Human Evolution website, including the virtual skulls of various  hominoids (all primates), hominids (great apes) and hominims (humans and their ancestors). 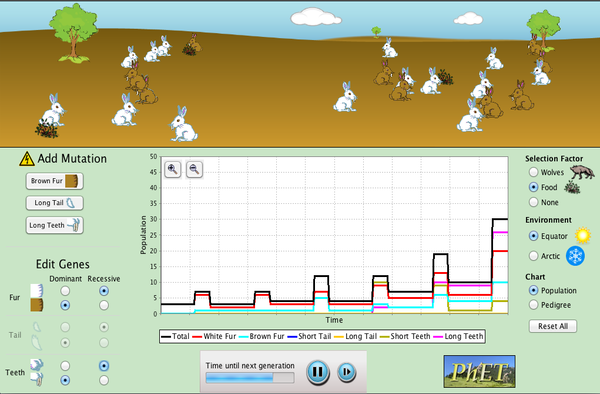 This interactive simulation demonstrates how mutations and selective pressures (predators) can change allele frequencies in a population. 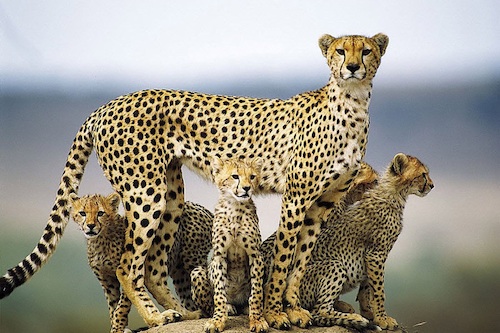 We have started Unit 4 by looking at a broad overview of the process of evolution over time – how the fossil record shows that species have changed over time. Embryology and comparative anatomy also provides evidence for evolutionary change. But what are the mechanisms that cause this change? The fundamental unit of phenotypical change is the gene, so in this part of the course we will investigate change at the genetic level.

In this section of Unit 4: Area of Study 1 we will learn about the following:

Population genetics is the study of distributions and changes in allele frequency in a population, as the population is subject to the four main evolutionary processes:

Variation between individuals and species and polymorphism: In any normal population there is some variation between individuals – a box of apples may have individual apples that are slightly different sizes and shapes with slightly different colour variations, even when they come from the same tree. So, not all variation is caused by genetic differences. It may be environmental differences that result in the variation – for example, the amount of light, temperature or soil nutrients in the case of plants or the nutrition and experiences provided to animals. Some characteristics , such as height or wing length might show continuous variation, while other characteristics can be clearly separated into different categories (discontinuous variation). An example of discontinuous variation in humans might be the ability to roll one’s tongue – you can either do this or you can’t – there is no blending, or in-between characteristic. Polymorphism occurs when two or more clearly defined phenotypes are present in the population. A classic example is the light and dark coloured morphs of the peppered moth. The ABO blood grouping is an example in human populations.

Inherited variations: We know that the DNA molecule, present in every cell of living organisms, codes for proteins that determine the phenotype of an organism. DNA is passed from one generation to the next through reproduction, which can occur asexually or sexually (with the production of gametes (meiosis) and fusion of sperm and egg). So, families of individuals tend to look more alike than non-related individuals due to these inherited characteristics. This was seen in our work with pedigree trees, showing how genetic diseases can be passed on through several generations.

Mutations – sources of variation: The source of these variations is genetic mutations. Genetic mutations may be spontaneous or may be induced by exposure to mutagenic agents (X-rays and Gamma rays and some chemicals, such as benzene and mustard gas).

Gene pool, gene flow, genetic drift (by chance): The gene pool is the set of all genetic information in a population, while gene flow describes how genes leave and arrive in a population by death and emigration or births and immigration. Genetic drift is the change of gene frequencies due to random sampling.

Polygenes, polygenetic traits: Polygenes are non-allelic genes that together influence a phenotypic trait – often the precise loci of these genes is unknown to biologists. Examples of polygenetic traits in humans are height, weight and skin colour.

Founder and bottleneck effects:The founder effect is the lost of genetic variation that occurs when a new population is established by a small group of individuals from a larger population. The people of Easter Island and Pitcairn Island show limited genetic variability (small gene pools) due to this effect. A similar effect is the bottleneck effect, when large numbers of a population are removed, leaving a small gene pool.  As a species, cheetahs have famously low levels of genetic variation. In fact, cheetahs are so closely related to each other that transplanted skin grafts do not evoke an immune response. This can probably be attributed to a population bottleneck they experienced around 10,000 years ago, barely avoiding extinction at the end of the last ice age. However, the situation has worsened in modern times. Habitat encroachment and poaching have further reduce cheetah numbers, consequently snuffing out even more genetic variation and leaving cheetahs even more vulnerable to extinction. 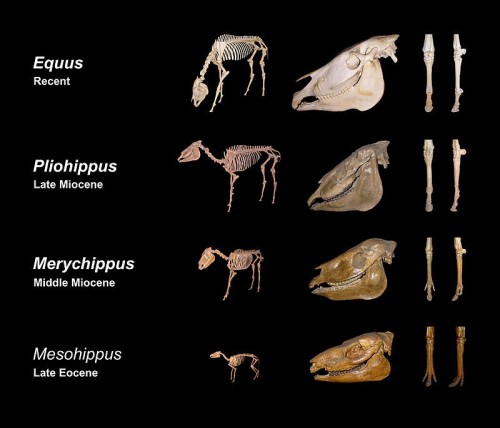 Good introduction from BBC Earth: How do we know evolution is real? 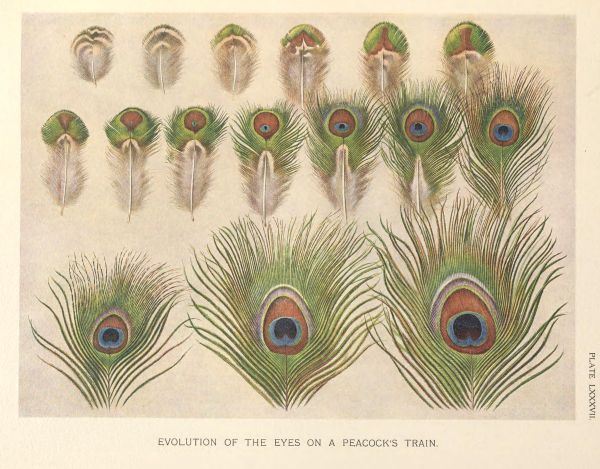 Area of Study 1: How are species related?

Outcome 1: “On completion of this unit the student should be able to (1) analyse evidence for evolutionary change, (2) explain how relatedness between species is determined, and (3) elaborate on the consequences of biological change in human evolution.”

Evidence for evolutionary change is abundant in the fossil record, biogeography (distribution of species across the earth), developmental biology and structural morphology. This area of study will allow us to investigate these four types of evidence.

Paleontologists have unearthed a wide range of evidence that provides a record of the change in the number of different species and the particular characteristics of those species over time. The fossil record demonstrates that living organisms first evolved in aquatic environments and gradually moved onto land. After plants had successfully colonized terrestrial habitats and converted a percentage of carbon dioxide into oxygen, animals were able to survive out of the oceans and freshwater environments. Evidence for these changes lies in the relative ages and absolute dating of fossils in different parts of the world.

“Vaccines – a scientific success story” is a well written article that explains how scientists have developed vaccines that have allowed small pox to be eradicated and measles to be restricted to small areas of the world.

The Action potential explained by Bozeman Science.  The distribution of sodium (Na), potassium (K) and chloride (Cl) ions is what changes when a nervous impulse is transmitted along the axon of a neuron.

Cellular respiration is necessary to provide energy for cellular processes – repair and maintenance of cells, growth and cell division, active transport of substances across cell membranes and preventing disease.